Love is Thicker than Blood

Whether parents are natural or adoptive, it’s how they care for their kids that counts 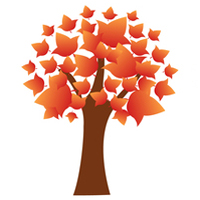 Lian Kee and his wife were a lovely, happily married couple who could not have their own children. Both had their own set of medical problems. After a few years, they decided to adopt. After a few visits and months of paperwork, they came back with their baby girl from China. That was years ago.

Pamela was now 13 years old and Lian Kee and his wife decided that it was time to tell her they were not her natural parents. My eyes filled up as my wife told me their decision, and I tried to visualise the stunned teenager standing with her parents, trying to come to terms with what she had just heard.

Pamela was still a nameless baby in China when Lian Kee first told me about her. Their hearts were set on this beautiful girl they had seen at an adoption agency in Hainan Island, I remember him telling me excitedly.

Seeing Pamela in church every week, means I watched her grow from a tiny bawling baby into a confident, cheerful, chatty girl. She had some very close friends in church with whom she spent a lot of time, given that she had no siblings. Watching her with her  parents, one could tell that they meant everything to her, but I wondered if this would now change.

The day after Lian Kee spoke to Pamela, I asked him how their talk went. Yes, Pamela cried. She was crushed. But it was something his wife and he had decided a long time ago to do, he said. ‘We have been praying for the right time,’ he added.

As a father, he was loving and committed to Pamela to a fault. But her not knowing that she was adopted ate into him, he said. It was not the first time that I had heard of his desire to be a perfect father.

In contrast, just a week before this incident, I was told about another father. His successful business in China took him away from home regularly.  Not only his wife but even his sister-in-law was flabbergasted by Dad’s absence from home. ‘He is never home,’ she said and when he is, he does not talk to his children. He was never actively involved in bringing them up, he just made sure that their material and physical needs were provided for.

His sons, she noted, had grown up with little guidance from him. ‘The kids take up courses, drop out midway through, job-hop and basically did not have the perseverance to see anything through, she said of the two sons who were in their 20s.

What an irony – a natural father who did not bother much about his kids but an adoptive parent who tried to be the perfect Dad.

But Lian Kee is not the first adoptive parent who has set himself high parenting standards but it made sense. People like him are eager to have children and consider it a privilege to be able to adopt.

As such, I have always had a positive view of adoption. In fact, I seriously contemplated doing it about 10 years ago. Then, my wife was in her mid-30s and we had three children. Our target from the onset (at a time when the Stop At Two policy was still in place) was four.

Not wanting to go through the anxiety of a fourth pregnancy and also for a variety of other reasons, we thought of adopting. Then, couples were becoming more open to adopting children.  From anecdotal evidence, the number appeared to be on the rise and I believe it had been increasing steadily. I remember looking at some adoption statistics for 2004, and there were 731 child cases in Singapore. Two-thirds of the children were from abroad. The year before that, the number of adoption cases was 672 children.

But it was my Mum who scared me off my plans. It is fine if you have no children, she said. But with three of your own, you are bound to discriminate against the adopted one.
I could not quite tell if she was articulating fears about the possibility of her discriminating against the adopted grandchild or whether she really had no faith in me. But she had planted enough doubts to make me drop the idea.

However, I continued to support adoption, pushing the idea among close friends who were unable to have children of their own. I remember a good friend who laughed when I handed him a hongbao when his wife and he adopted a child. ‘There is no reason to,’ he said. ‘I adopted the child.’ ‘I know,’ I replied and pushed the hongbao into his palm. Adopted or not, made no difference to me. He was now the child’s father.

About two weeks after Lian Kee shared the events in his family with me, he suffered a stroke. Fortunately, it was a mild one which the doctors assured he would almost surely recover fully from. Even so, when I visited him in hospital, he was in a contemplative mood and had been giving life and death issues serious thought.

He was ready to die, he said, ‘but for one thing – I would like to see my Pamela graduate’.
His wish was no different from what mine would have been, if I were ill. I asked him at the hospital how Pamela was coping. Had she gotten over the whole incident, had it changed the relationship? He said that things had worked out well.

In fact, on the night when she was told about her adoption, she walked over to his room just before she went to bed, hugged him tightly and said: ‘Dad, I love you.’

About The Author: Mathew Pereira is currently the Sports Editor of The Straits Times. Between 2004 and 2008, he wrote several columns which talked about his personal experience of fatherhood. This piece was one of many in his collection of fatherhood stories. Mathew is a member of the Fathers Action Network (FAN).